Tickets now on sale for INK SPILL to London 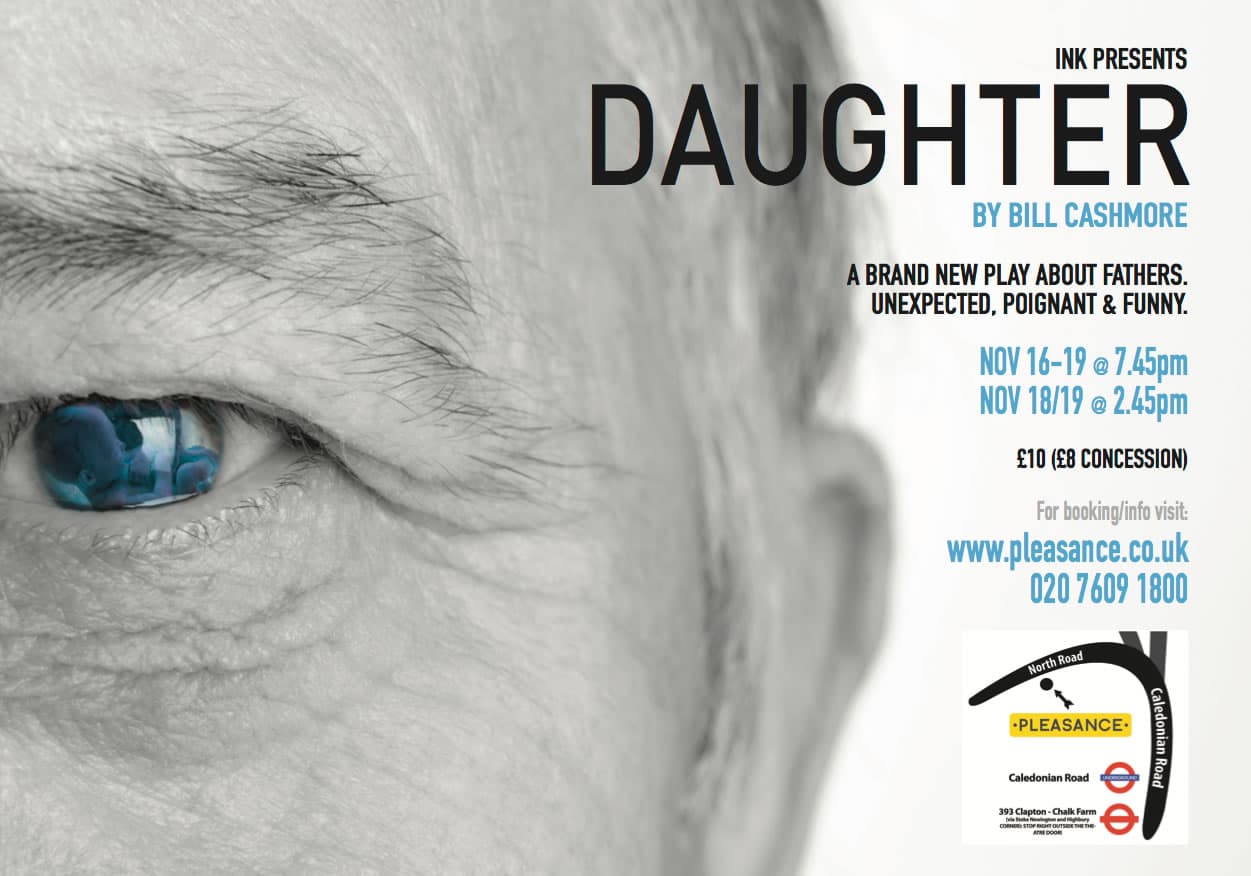 07 Oct Tickets now on sale for INK SPILL to London

INK Festival’s Daughter is all grown up and moving to the Big Smoke!

Now in its third year, INK Festival’s home is at the Halesworth Cut Theatre in Suffolk, a rural town with a thriving creative hub, and links that spread out over East Anglia. INK is a springboard festival for new writing stage plays, and short films, with a focus of supporting writers from pen to performance in their new work. Writer Bill Cashmore entered the then 30 minute version of Daughter, to INK Festival 2016.

Under director Julia Sowerbutts, the short play premiered in April 2016 to huge success, and won the 2016 BEST PLAY award. Since its success at INK, Daughter, has been selected by The Pleasance Theatre in London, and is set to perform in an extended version on November 16th-19th 2016.

With the support of INK, Daughter, has been adapted and extended, grown into adolescence and ready to take on London. Daughter is a brand new play about fatherhood and the twists and turns of life, “Watching your daughter being collected by her date feels like handing over a million dollar Stradivarius to a gorilla.” Writer Bill Cashmore has worked as an actor, director and writer. Following his graduation from Cambridge University and performing with Cambridge Footlights, Cashmore has written comedy for television and radio, pantomimes for theatres all over the country and plays for theatres in the UK and abroad. In conjunction with Andy Powrie, his writing partner who lives in Halesworth, he has written 10 one act plays for the Southwold Summer Theatre.