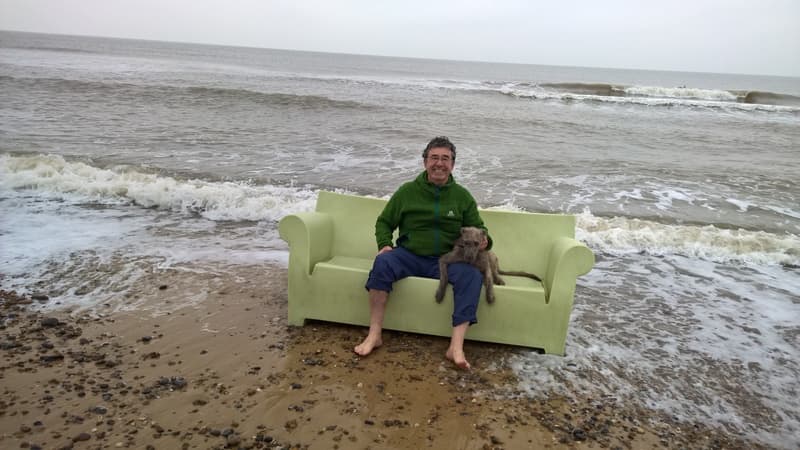 INK is thrilled that Jeremy Solnick will be returning to INK Festival 2017 with his electric poetry performance.

Jeremy grew up in South Africa during the Apartheid Era and left in 1973 when he was 22, to avoid National Service in the South African army. In 2007, Jeremy gave up the law to concentrate on writing poetry. Jeremy is currently studying for a PhD in Creative Writing at the University of Essex.

The poem is written as a series of dramatic monologues, in which people involved with Mandela including the prosecutor and the judge talk about themselves, about Mandela, about Mandela’s influence on them and how Apartheid affected their lives. The speakers, who are not all living, are; the State prosecutor, the judge, the spirit of Albertina Sisulu, wife of one of the accused, a radical black African journalist, a Marxist lawyer and anti-apartheid activist, and Jeremy as a poet.

The poem is a work in progress and is part of Jeremy’s submission for his PhD thesis. He plans to write further monologues for a prison warder, and the spirit of Makhanda, a Xhosa warrior and prophet who drowned in 1820 trying to escape from Robben Island.

‘In the Judges Chambers’ is an imaginary monologue in which the judge trying Nelson Mandela, considers whether to sentence him to death, or be merciful and give life imprisonment.