Past Transfers and Tours

INK transfers 9 of the best short new plays from INK 2018/19 for a 2 week run in London at Tristan Bates Theatre.

After Prospero by Martha Loader

Another Suitcase, Another Hall by Richard Curtis

A Selfish Boy by Christopher Reason

Mixed Up by James McDermott

Nina’s Not Okay by Shappi Khorsandi

***** INK delivered one of the best theatrical experiences of the year . The Up Coming. *****A Main Player in the London theatre scene Upper Circle.   *****So cleverly written not even aware they were shorts West End Wilma.

The second INK tour to nine venues across East Anglia with a selection of short new plays premiered at the 2019  INK Festival.

After Prospero by Martha Loader

Mixed Up by James McDermott

Nina’s Not Okay by Shappi Khorsandi

The Sound Guy by Corin Child 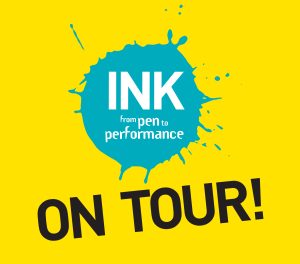 For the first time INK tours with 8 of the best shows from the 2018 INK Festival to nine locations across East Anglia.

Another Suitcase in Another Hall by Richard Curtis

The Kiss by Millie Martin 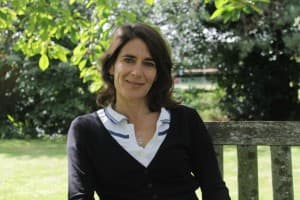 By Esther Freud, Stitchers was first performed – a shortened version – at INK 2017, it was transferred to London in 2018 and ran at The Jermyn Street Theatre for three weeks with Sinead Cusack receiving outstanding reviews.

“.. novelist Esther Freud (Hideous Kinky) has chosen an unusual theme for her first play: the true story of Lady Anne Tree’s determination to give prisoners a practical purpose and increased self-esteem by introducing them to needlecraft.” Michael Billington
“Stitchers poses strong arguments for Fine Cell Work’s projects, Lady Anne Tree as a national heroine, and Freud’s skills as a playwright.” The Stage

This new and bold one-woman musical was first performed at INK 2018. and then transferred to London in May 2108 at Brasserie Zedel.

Rebecca Trehearn, winner of the 2017 Olivier Award for ‘Best Supporting Actress In A Musical’, starred in the London show. Trehearn (Show Boat, City of Angels) was accompanied at the piano by musical director Caroline Humphris and directed by Susan Raasay.

Written by Tim Connor (music and lyrics) and Lia Buddle (story and dramaturgy), the British score includes cabaret favourite Back To School, winner of the Stiles and Drewe Best New Song Prize. 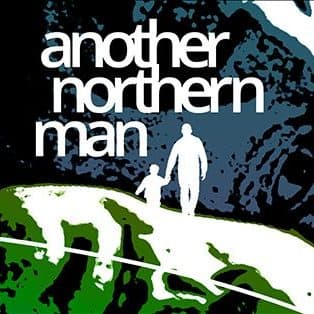 Written by Paul Kelly, directed by Susan Raasay, and premiered at the INK Festival 2017, Another Northern Man transferred to the Hope Theatre in London.

Andrew Murton, Creative Director and Actor at Hambre Productions says ‘we’re involved because the reaction at the INK Festival was so raw, potent and visceral that a wider audience need to experience this play. The Hope Theatre is the perfect place to make that happen.’

Written by Bill Cashmore, music by Denis King, directed by Julia Sowerbutts and premiered at the INK Festival 2016, Daughter was developed and transferred to the Pleasance Theatre in London.

“Condensed into just 55 minutes, Daughter packs quite a punch. This is a play about family and the importance of appreciating every second we have with the people we love – but it also reflects on the nature of memory and those “flashbulb moments” that stay with us forever, for better or worse. A powerful piece of theatre, both enjoyable and haunting, Daughter is well worth a visit.”
4* Review by Liz Dyer London Theatre

Written and performed by James McDermott, directed by Julia Sowerbutts, Rubber Ring started as a short play originally called Beached and was first performed at the inaugural INK in 2015 which also went on to win  Velvet Trumpet’s best new comedy award  at the Southwark Playhouse in London.  It subsequently was developed into a full length play touring  the country including  performances in the West End. Rubber Ring  is currently being adapted for a TV with Hat Trick.