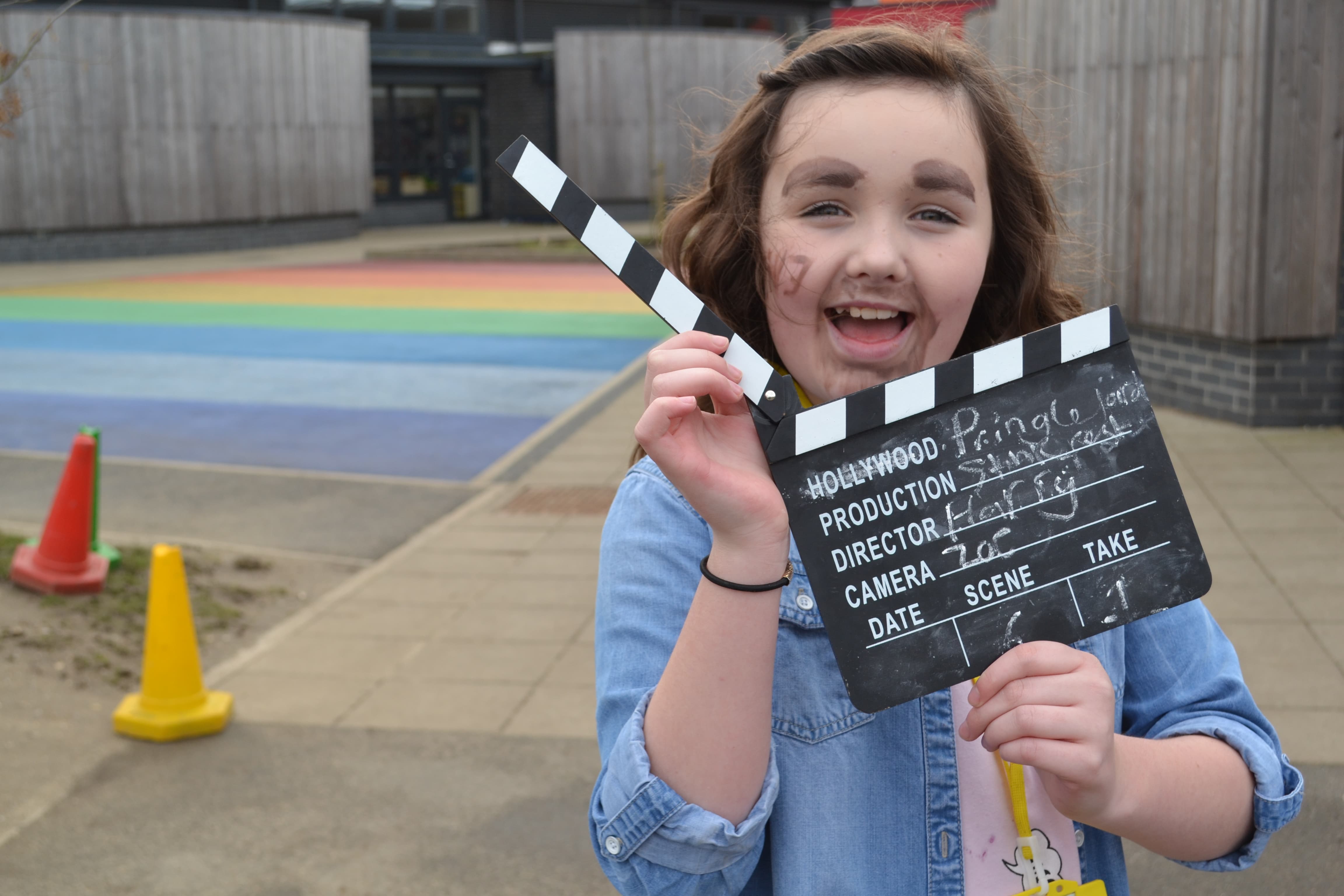 We’ve had a fabulous first day at Cringleford Primary school in Norwich with our young film makers on the INK kid’s FILM SCHOOL!

We are thrilled to be joined by Tamion from the Young Filmmakers Club in Norfolk, who are running a two day film school for children in Year 6 at Cringleford Primary school in Norwich. Today the young people created their very own mini festival, dubbed ‘the S.T.I.N.K Festival’ where a number of things go wrong and hilarious characters are encountered along the way.

The short film will be edited and screened for the premiere showing at the INK Festival 2017 in April. Watch this space for more photos and updates on our INK Kid’s FILM SCHOOL which will take place over the festival weekend too!