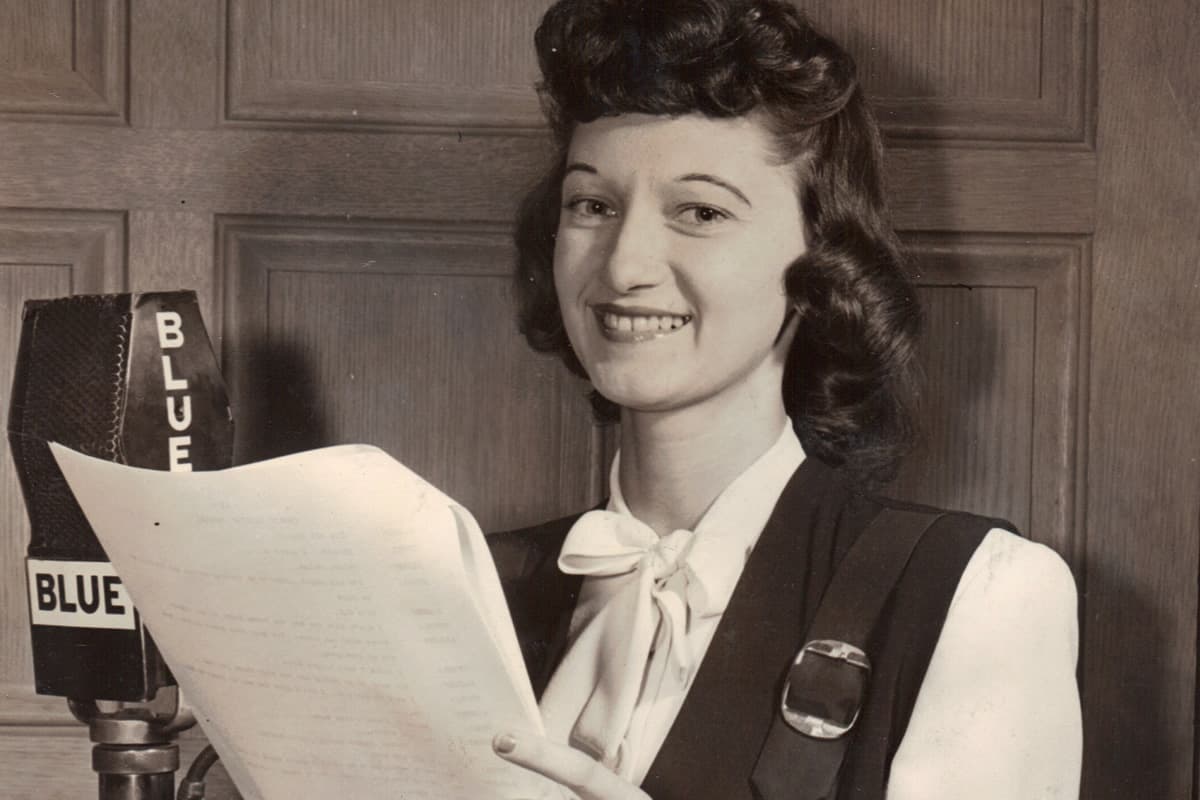 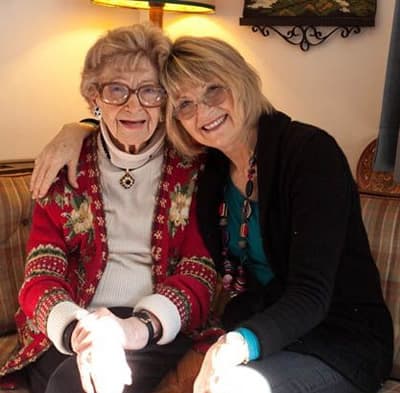 INK are delighted to announce that Astrid Ronning will be bringing an informal taste of the comedy genius of her mother, Peg Lynch, to this years Festival. Astrid will be joined by actor Bernard Hill to showcase two radio plays and an archive film never shown before in the UK.

How does a daughter fill her mother’s shoes?

“Very carefully,” says Astrid Ronning, who will take the stage with actor Bernard Hill to play the roles created and written by her mother, Peg Lynch. Often described as “the woman who created sitcom”, Peg Lynch was a pioneer, the first woman, to be exact, to create, write, produce, own, and star in both her own radio and television comedy series. Her creation, Ethel and Albert, the everyday life of an average middle class couple living in small town America, became one of the country’s most popular husband and wife comedies from the day it was first heard in 1938. Warm, fast and funny, it zoomed from a small radio station in Minnesota to ABC in New York where it soon became a national addiction. In the 60 years that followed, Ethel and Albert was heard or seen either on ABC, NBC, CBS or Public Broadcasting, either on radio or TV or Live onstage, sometimes known as The Couple Next Door or The Little Things in Life, but always starring Ethel and Albert. And Peg. Her last Live peformance was at the age of 96 at an Old Time Radio convention in Cincinnati, Ohio. During her lifetime, Peg Lynch wrote over 11,000 radio and television scripts, alone and unaided.

“Peg Lynch was hilarious. She has the combined talent of Erma Bombeck and Lucille Ball rolled into one and certainly is the forerunner of these  popular ladies. She is still as entertaining as ever.” – The New York Times, reviewing a media convention in Manhattan

“Lynch’s best scripts ring out with the hilarity born of total audience identification. She knows how to take a simple, believable premise and escalate it to the level of high comedy.” – Variety

“The TV stuff is so good it should put Peg up there with Sid and Lucy and Jack and all the rest.” – James Lileks, the Minneapolis StarTribune, 2015

“Peg Lynch is a genius who is responsible for basically inventing the modern sitcom form. This is a cliché, but I don’t care: she’s a national treasure. Bow down before her or I will kill you.” Mike Sacks in his 2014 book “Poking A Dead Frog – Conversations with Today’s Top Comedy Writers”.

On November 25, 2016, the day her mother would have celebrated her 100th birthday, Astrid announced the formation of the umbrella organization PEG LYNCH RELAUNCHED. Working alongside Kristin Erickson, an American editor and entrepreneur, Astrid is creating a series of books about her mother’s extraordinary life and will also be making available to the public 84 episodes of Ethel and Albert which haven’t been seen by anyone outside of her family since they first appeared Live on network television in the 1950s.