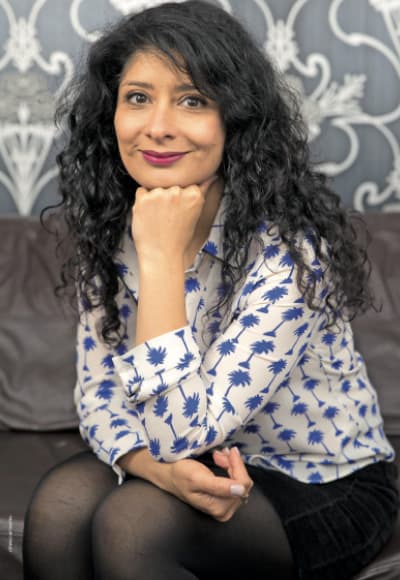 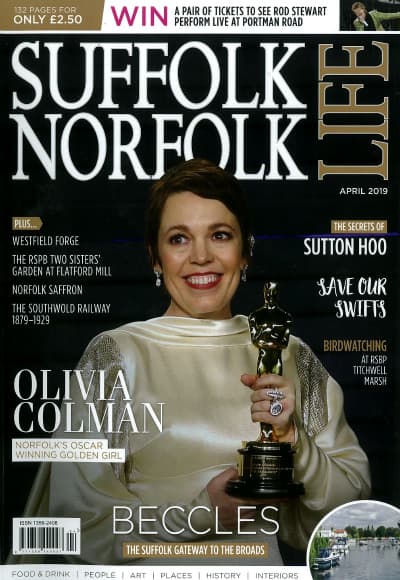 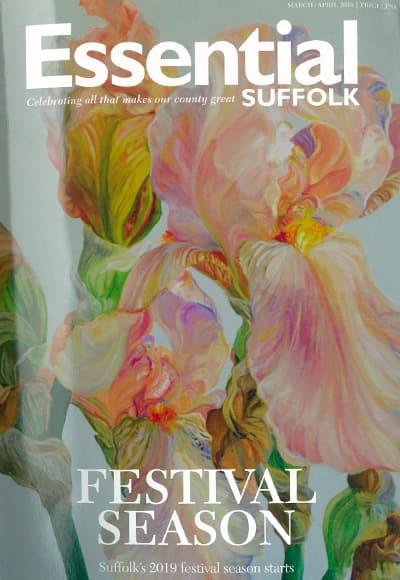 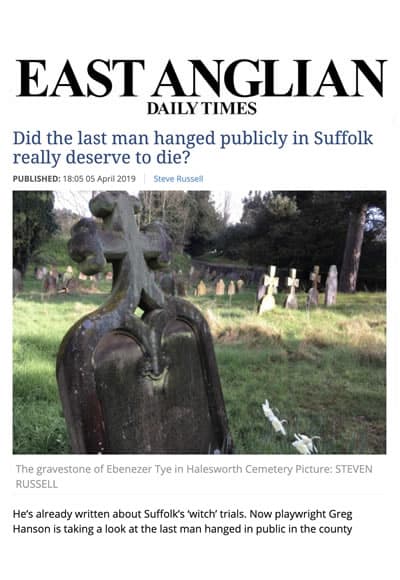 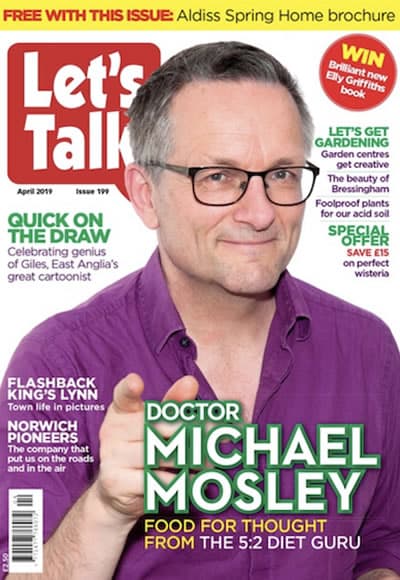 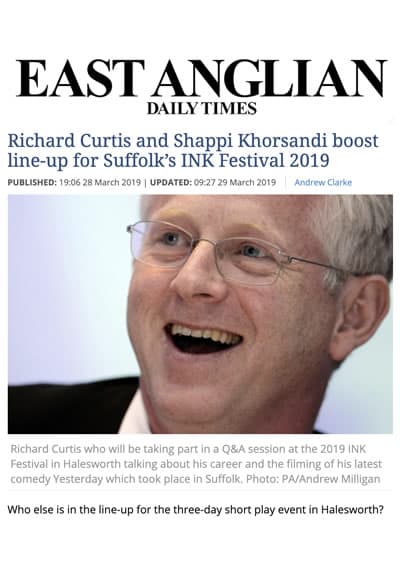 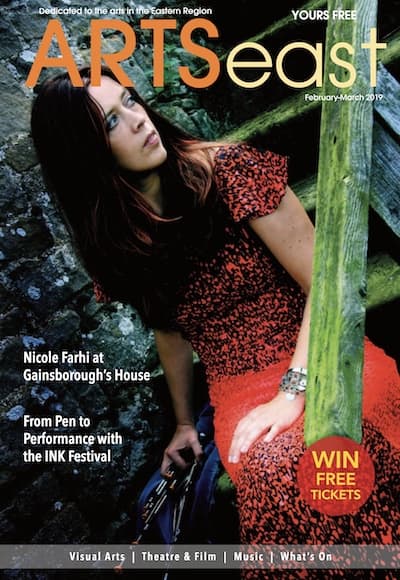 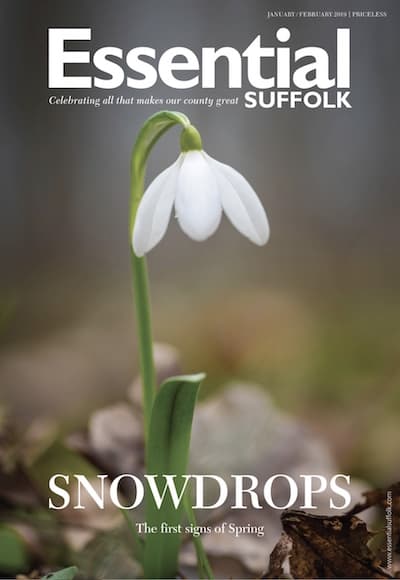 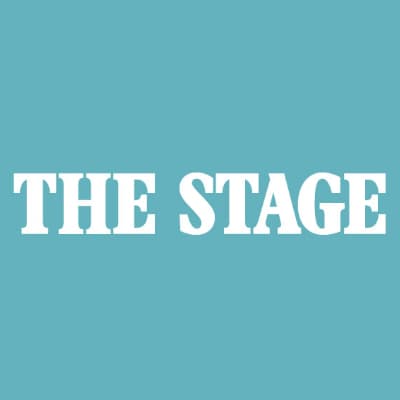 The Stage
Additionally, Feast from the East has been included in The Stage’s Production News round-up, which is great. 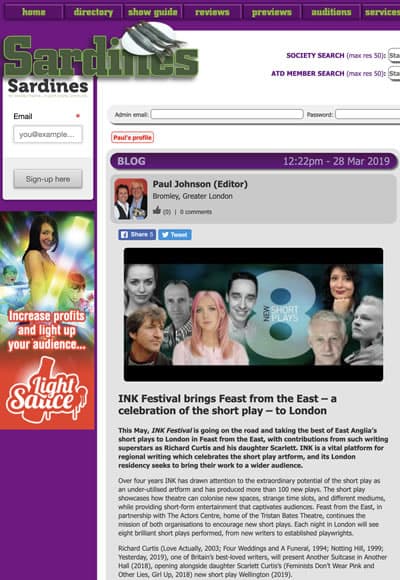 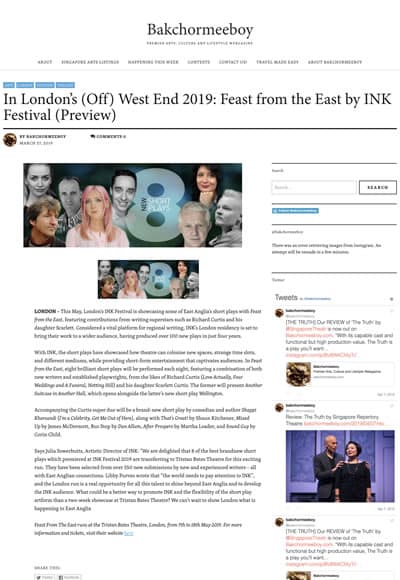 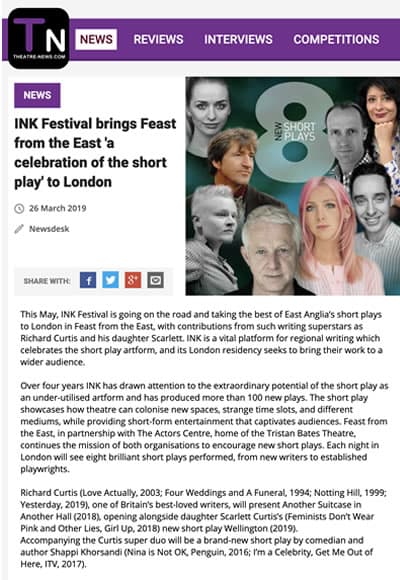 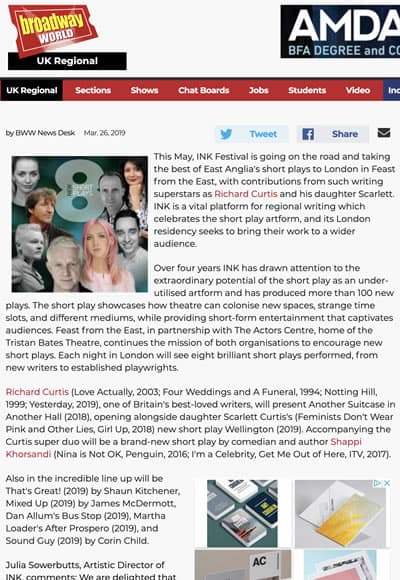 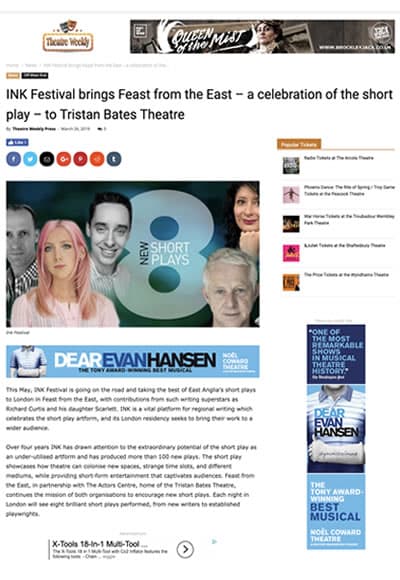 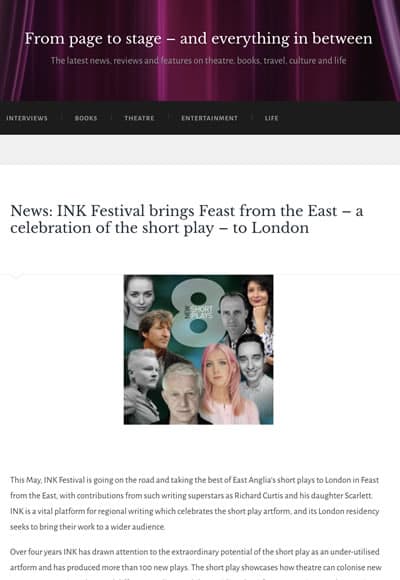 From Page to Stage

FEAST FROM THE EAST – TRISTAN BATES THEATRE LONDON REVIEWS MAY 2019

5 ***** star review, The Upcoming
“unique and exciting short plays”
“these plays packed a punch and left the audience exhilarated”
“the acting and writing was tremendous… it delivered one of the best theatrical experiences of the year so far”

5***** star review, West End Wilma
“eclectic in style and extremely refreshing to behold with a decent mix of pathos, human frailty and laugh out loud humour.”
“The plays themselves were unusual in my experience of shorts in the fact that they all fleshed out the characters so well and were so cleverly written that you were not aware that they were shorts”
“A really satisfying evening of entertaining and thought provoking theatre.”

5 *****star review, Sardines Magazine
“the show roller-coasted along at a fantastic pace”
“they are all without exception entertaining”
“this feast of small gems is well worth a visit”

Broadway World
“presents notable performances and a variety of stories”
“Artistic director Julia Sowerbutts (who also directed Richard Curtis’ opening with Huw Brentnall) curates a collection that’s homogeneous in its quality standard.”
“The cast are a marvelous machine, nailing down their chemistry and rhythms and bouncing off each other’s inputs with each director managing to achieve a compatible style.”
“featuring exceptionally crafted episodes conveyed through an accomplished and driven company of creatives”

The Reviews Hub
“INK, Suffolk’s arts festival of new writing, has spun its magic all the way from The Cut Theatre in Halesworth to the Tristram Bates theatre in London and it happily leaves a mark of distinction upon the London theatre scene”
“This talented company deliver slick performances that are comic and touching yet bold and provocative capturing the power and immediacy of the one-act play”
“INK have presented a kaleidoscope of drama and judging from the busy audiences their diverse presentations are clearly a hit, not only on tour but on London stage as well – welcome to the resurgence of the one-act play”

Please Mind The Blog
“the acting – recurring actors jump into each short play – is exemplary, especially considering the tone jumping from comedic to social commentary in a flash”
“There’s no real theme or common thread, which is to its credit – it’s like a really pleasant theatrical rollercoaster. Feast is right”
“My verdict? A feast indeed, and a worthy showcase of the short play form”

5***** star review, From Page to Stage
“The production showcases the best of theatre with a combination of brilliantly funny plays and moving, tender pieces.”
“Laden with classic Curtis comedy, the play is short, sharp and showcases the comic talents of the acting trio of Amber Muldoon, the scene-stealing Ed Jones and the brilliant William Kempsell.” (Another Suitcase)
“Ping Pong Club, written by Ed Jones, is also a highlight of the evening as the audience realises just how entertaining – and competitive – ping pong can be” (Ping Pong Club)
“The sets for each of the pieces are relatively simple, but this allows them to follow on from one another seamlessly without breaking the flow.”
“The plays are all brilliantly performed by the strong cast, many of whom appear in more than one piece. Ed Jones and William Kempsell are particularly impressive, demonstrating razor sharp comic timing in their various roles, while Will Howard excels as Adam in Mixed Up”
“An unforgettable evening of theatre, Feast from the East is entertaining, moving and thought-provoking, and makes me proud to be an East Anglian”

“A feast of clever and interesting ideas in 9 short plays… delivered with aplomb by a top-notch cast”
“a theatrical ‘feast’, brimming with novel ideas and characters”
“ably demonstrating that the art of the short play is still alive and kicking in a high-quality, richly varied programme”

4**** star review, Everything Theatre
“there’s nothing provincial about this world-class collection.”
“Barbed and witty, this is a sympathetic portrayal of a woman who feels that she’s reached the age when the weight of everything she hasn’t done is heavier than the weight of everything she has.” (Invisible Irene)
“Ed Jones’s sublimely innovative Ping Pong Club features William Kempsell as the founder of an after-work table tennis club, with Holly Ashman as the only other member. The sharp dialogue is perfectly matched by Tim Bentinck’s taut direction” (Ping Pong Club)
“With thoughtful pacing and good writing, this exhilarating mini-festival leaves you with the feeling of having ploughed your way through a nine-course tasting menu”

The Live Review
“an evening that thoroughly deserves one’s attention”
“with Richard Curtis’s hilarious take on an obsessive director and his exasperated performer (not to mention a dreaming stagehand). Short, funny and to the point” (Another Suitcase)
“poignant examination of ageing and ageism” (Invisible Irene)
“a brilliant character comedy” (Ping Pong Club)
“A stand out performance by Ed Jones makes this brilliantly funny, character comedy absolutely unmissable” (That’s Great)
“It feels startlingly honest, almost like a real snapshot into a real home” (Wellington)
“a beautiful script focusing on gender identity and heartbreak, with both the capacity to bring its audience to both laughter and tears” (Mixed Up)

Strand Magazine
“Rather than feeling like we were missing out on a full theatre experience these plays sheared back any extraneous detail leaving tight, hard hitting plots.”
“The contrast of multiple actors, directors and writers meant that each play delivered a unique style and message with convincing character portrayals”
“I would highly encourage anyone to go see ‘Feast From The East.’”
“a beautiful way to explore a variety of issues and be exposed to a variety of exciting new playwrights”

4**** star review, London Theatre Reviews
“a selection of nine outstanding plays chosen from the 350 submissions first entered into the 2019 Ink Festival”
“Amber Muldoon delivers Nina’s story with convincing naivety.” (Nina’s Not OK)
“outstanding performance by Will Howard… Will’s performance is incredibly moving” (Mixed Up)
“The conviction in his delivery allows the audience to feel every emotion as you are carried along with Adam’s painful journey” (Mixed Up)
“The technique used through this short play works perfectly as it spends as much time breaking through the fourth wall as the two converse in character” (A Selfish Boy)
“There is something for everyone in this selection of short plays and some memorable heartfelt performances”
“This production highlights that there can be as much depth in a well written short play which packs in lots of detail, passion and story as can be found in a full-length play.”
“A truly outstanding achievement by each playwright”